Did you miss us? Earlier this week, we released Polarus as part of Version 0.0.3 of Soul Reaper's Open Beta. It was a monumental update for us, as all three layers of The Vault had finally become accessible! A lot of work went into the new zone, and we're glad players have been enjoying their time exploring the perilous ice fields. 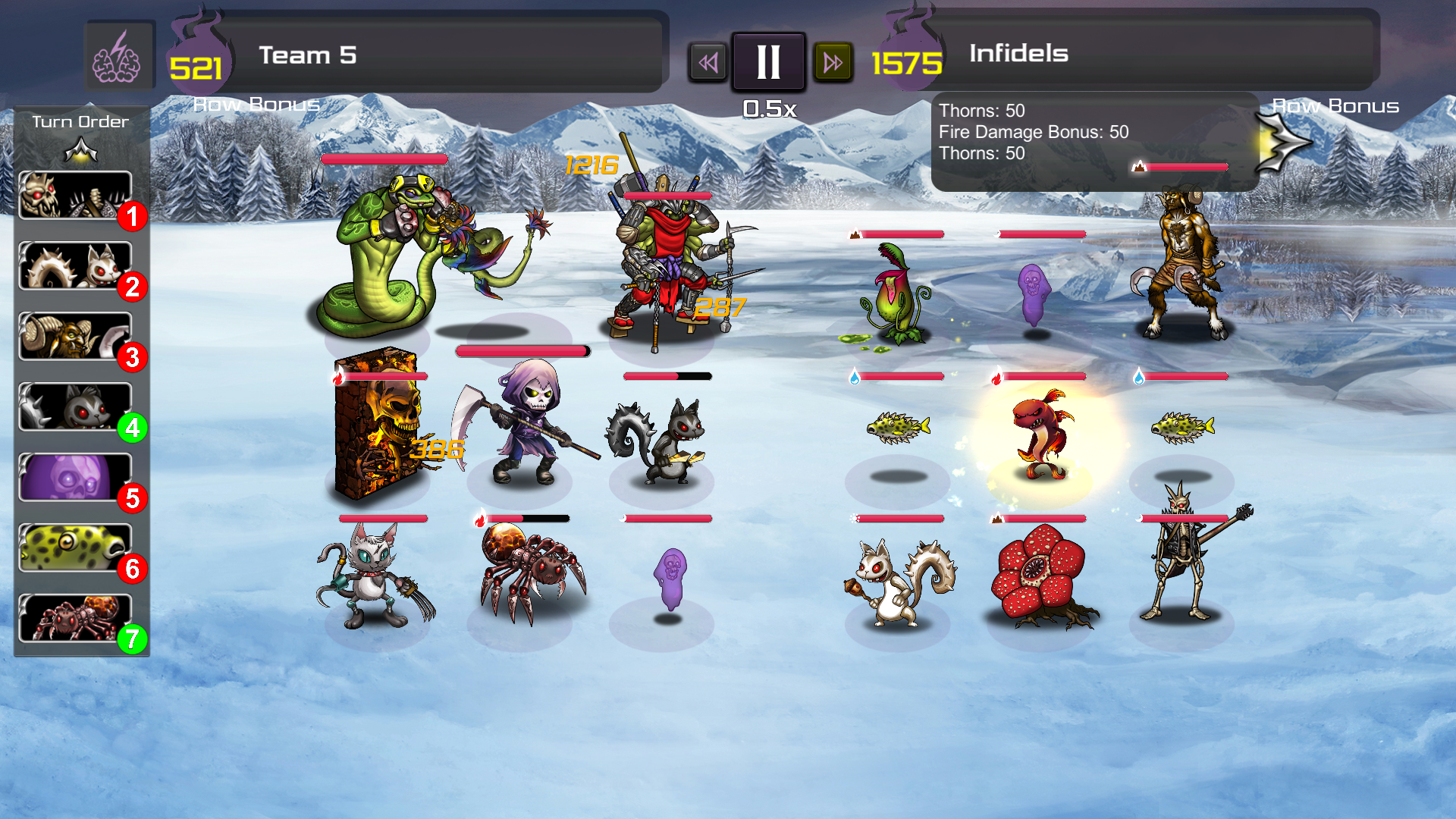 These monsters mean business! Don't forget to check out our Guides section if you need help squad building for Polarus!

You might be pleasantly surprised to hear that we haven't slowed down at all! Despite Monday's major update, we're already prepared to unleash Version 0.0.4 upon the world! (Muhahaha!)

Fret not; you won't feel pressured to rush through Polarus in order to access this version's new content. In fact, it's more of a complementary update to previous areas and systems. You'll find that all treasure chests have been placed within the game, and that performance on the Overworld has improved significantly within some of the previously problematic areas.

As part of our ongoing effort to optimize performance, we're always looking for ways to boost FPS! Here's an example comparing two of 0.0.3's most demanding environments to their 0.0.4 counterparts.

These two changes merely scratch the surface of what 0.0.4 has to offer! For the full list, check out the changelog below! (Courtesy of Danny Forest as always!)

The Thing With The Ring

There's a very special item being included in 0.0.4! It's an incredible loot piece whose name pays homage to one of Soul Reaper's greatest inspirations. The "Final Fantasy" ring is the only one of its kind, possessing 3 sockets to lock in souls with. It's hidden somewhere within Polarus, and it certainly won't be easy to find. We don't want to give away too many hints this early, but rumor has it that you'll need the Alchemutant ability to obtain this sacred item… We wonder who will get it first?

Criticism is an important part of any Reaper's diet! (No, seriously! It's great for the bones, and helps build character!) The content of these updates has been shaped around and made possible by the feedback we've been receiving from the community! It's been fantastic having players assist with the development process, and Soul Reaper is looking better each day because of it! Thank you all for your continued support, and feel free to reach out to us if you'd like to share your opinion!

For general thoughts on the game, its mechanics, progression etc., we'd love to hear about it on our Steam Community Forum! (Discord works well too!)

For oddities, exploits, glitches etc., don't hesitate to use our Bug Reporting Form if you'd like our team to take a look!

That about wraps things up for this update! Remember to check out Version 0.0.4 at powerlevelstudios.com/beta and let us know what you think! Our Discord and Steam Community are the easiest ways of making your voice heard, but feel free to reach out to us via any of our social media links below! Stay tuned for further updates, and we'll see you fine folks next time! Try to keep warm during this frigid month of December, and most importantly of all, have yourselves a good one!