Salutations, Reapers! It's been about a month since we've last spoken, and this Stabbytabby has been hard at work running around The Vault. I've been researching the lore behind my home, and managed to land a few interviews with the local wildlife… Well, at least with the souls I know that won't try to destroy me. 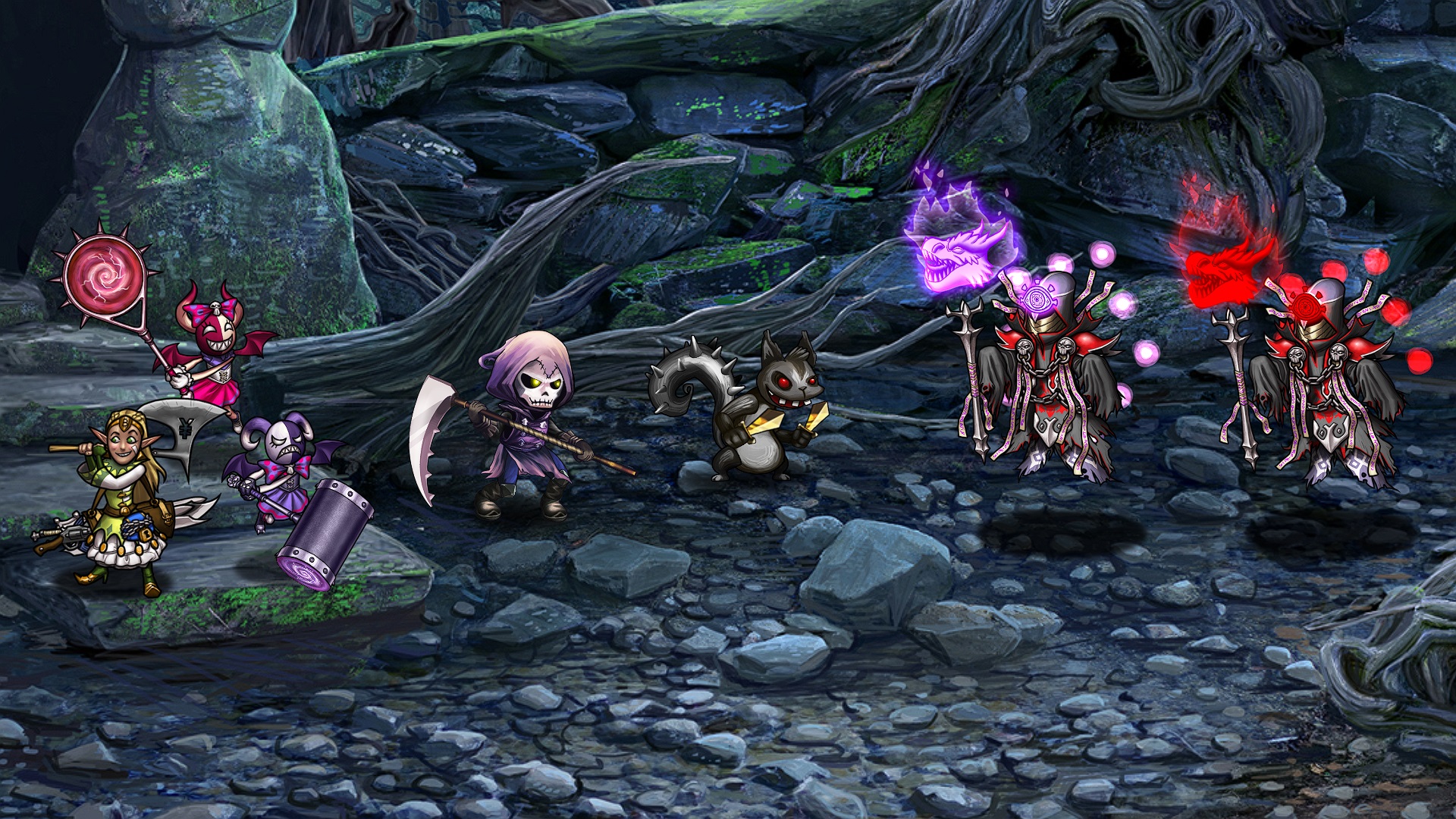 There's a lot of fascinating people to meet around here! I even stumbled upon some folks in The Void recently… It's a little intimidating to be there!

With my cunning cat detective skills, my reconnaissance has proven useful in the pursuit of writing the remaining endings for Soul Reaper.

Yup, that's correct! Not only do we have the scripts written and finalized for the remaining endings, but we also have a few new narrative pieces written as well! Here's a list of the scenes we currently have dialogue for!

*Please be aware that some of the following content will contain minor spoilers, so if you’d like to keep the new scenes a complete surprise, you’ll want to skip over these next few sections!*

These endings will follow closely in line with the Arrogant Reaper Ending already featured within the game. Boss fights will play out similarly, and the overall pace of the scenes will feel familiar.

These diverge fairly significantly from the Single Soul Endings. We don't want to spoil the surprise, but look forward to seeing some intriguing twists!

To help flesh out both the lore and characters of Soul Reaper, we've written scripts for two new scenes that will be added to The Void!

The scene triggers will exist along the path to the final boss (located to the right of Vypo). One is intended to be viewed after defeating the Soiloth, and the other, after defeating Jeff. As an incentive to encounter these scenes when intended, a treasure chest will be placed alongside each scene trigger to encourage exploration with the newly gained boss abilities.

In the introduction section, players will be given the opportunity to speak with the twins before heading off to fight the Herald. It’s a small addition, but these short conversations will help give an idea of how Vipo and Vypo typically interact with their boss early on.

So, When Will All This Cool Stuff Be Implemented?

As of now, we don’t have a specific date as to when the new endings or scenes will be added just yet. Ideally, we’d like to start including the new narrative pieces in future patches (as in, adding an ending here and there alongside the bug fix updates), but we don’t want to hard commit to a date until we know for sure that the new content will be ready.

On a related note, it's hard to ignore the change in climate since our previous update. While we're blessed to be able to work remotely, it's difficult to say with certainty that the recent pandemic won't impact the speed of Soul Reaper's development. Rest assured, we're still actively working on the project! However, we wanted to bring this up in the event we need to extend the Early Access period beyond the initial 3 month plan. We'll see where we are in the coming weeks, and make an announcement if we feel the game would benefit from more time in development.

These are unprecedented times, and we hope you all are able to maintain both health and high spirits. With enough perseverance, we'll make it through unscathed! Please, stay safe out there!

In a previous update, we mentioned that Soul Reaper's Mac release would be postponed due to a notarization process required by Apple. While we're still fully committed to having a Mac build, we've decided it would be best to focus exclusively on the Windows version first. This would allow us to better improve our workflow, as maintaining both a Mac and Windows build simultaneously would be rather resource heavy on the team.

Once most bugs have been fixed and the majority of content has been added to the game, we'll once again start making preparations for the Mac release!

(In the meantime, players can still access the Open Beta for Mac here if they'd like to get a head start on their adventure!)

We've uploaded quite a number of videos since we've last spoken! So many, in fact, that it'd be easier on the eyes to simply link you to our YouTube playlists!

For our recent monster animation previews (Zeppelineer and beyond), click here!

For our recent gameplay videos (Percie's New Loot Smithing and beyond), click here!

One video we'd like to give special attention to is our Scramrock Animation Preview. It floats gracefully in the wind before it, well… dies. A strange inclusion to be sure, but a fitting creature to showcase on April Fools!

It might not have many animations, but that doesn't mean it's not important! Check out our Scramrock series to learn how you can buff up your squad with Scramrocks!

That about wraps things up for this update! The feedback we’ve been receiving continues to shape our work for the better, so please don’t hesitate to share your opinion with us! Our Discord and Steam Community are the easiest ways of making your voice heard, but feel free to reach out to us via any of our social media links below! Stay tuned for further updates, and we’ll see you fine folks next time! Stay safe during these trying times, and remember to prioritize your health!