We're back again, and even sooner than expected! 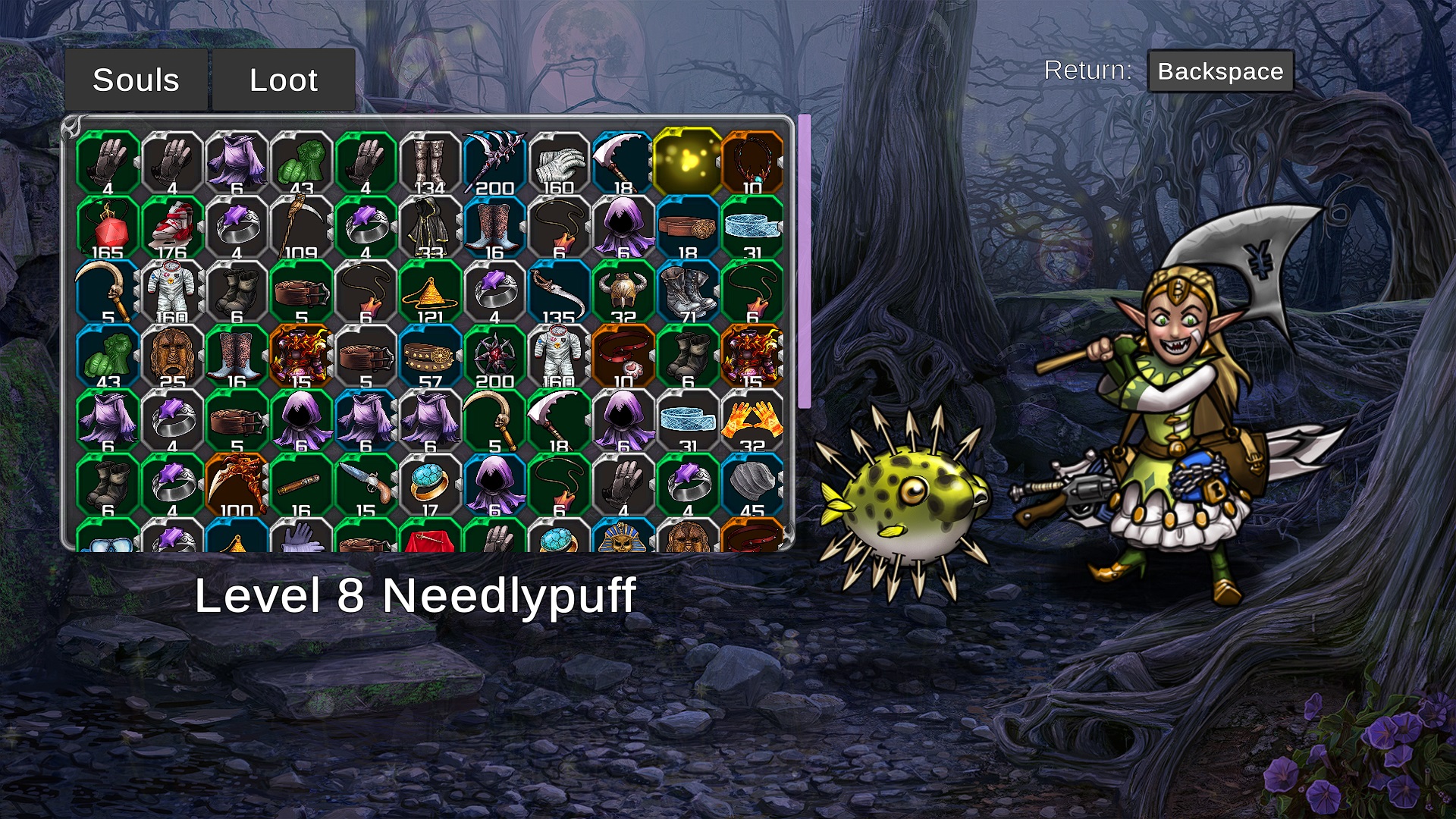 Percie has reached new heights with her craft, and can now smith pieces of loot into souls! It takes some serious skill to create life from inanimate objects!

The feedback we've been receiving from the community has been tremendously helpful in shaping Soul Reaper's updates, and we can't wait to show you what the newest build includes! Version 0.1.2 has been pushed to the main branch on Steam, so you'll be prompted for an update next time you launch the game!

There's been a plethora of improvements since the last version, so get ready for another huge list of changes and features! (This will also include anything added in the smaller patches made to 0.1.1; it took Danny Forest and I a while to compile this one!) Without further adieu, here's what's new!

A huge list, is it not? Well, it's all thanks to you! Many of the above changes were made based on suggestions from Soul Reaper's Steam Forum, Discord, and even the videos posted under its YouTube category! (It's been a lot of fun watching people play through Soul Reaper, and it helps us learn what adjustments we should make next!) Thank you for your continued support, and feel free to keep the feedback coming!

Last week, we hosted a mini video series focusing on loot and how it functions! While powerful souls are frequently sought after, it's important not to underestimate the value of good equipment!

Part 3: See what sort of loot you can get from treasure chests!

Part 4: Level up loot to get even more attributes and soul sockets!

Loot is extremely valuable to both the Soul Reaper and his units, so don't forget to outfit your squads with some stylish new gear when you can! Good luck, and happy treasure hunting!

That about wraps things up for this update! The feedback we've been receiving continues to shape our work for the better, so please don't hesitate to share your opinion with us! Our Discord and Steam Community are the easiest ways of making your voice heard, but feel free to reach out to us via any of our social media links below! Stay tuned for further updates, and we'll see you fine folks next time!